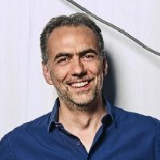 François de Marignac was born in Geneva in 1969 and is one of the three founding members of the FdMP studio. Prior to its creation he co-founded group8 and worked at Devanthéry-Lamunière in Geneva and Meridian Design Associates in New York.

Having graduated from EPFL in 1995, he taught there for four years as a project and research assistant. François plays an active role in numerous professional associations and is a former president of the AGA. He has also been involved with Geneva’s state architecture committee as a member and as president.