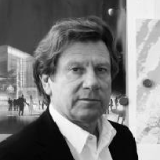 Jean-Pierre Stefani was born on 18 November 1954 and qualified as an architect and town planner at the Strasbourg School of Architecture in 1978. He joined the Ordre National Français des Architectes in 1979, then continued his work on theory and history in his role as assistant at the Venice School of Architecture. In Geneva, he worked with the Frei & Hunziker studio on the project for the Les Grottes district. He has worked independently since 1995 under the name Frei & Stefani. Having held the position of president at the Geneva SIA (2002-2002), and the AGA (2006 – 2009), Jean-Pierre played an active role in the creation of the FAI, becoming its president in 2009. In parallel, thanks to his passion for showcasing talented young architects through the development of major projects, he began to organise international competitions. He is regularly invited to organise or preside over competitions focussing on emblematic subjects.