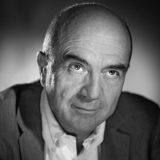 EPFL architect Patrick Devanthéry was born in Sion in 1954 and was co-editor of Geneva’s Faces – Journal d’architectures review from 1989 to 2004. He was guest professor at Harvard University’s Graduate School of Design in 1996 and 1999 and has presided over numerous juries of international competitions. Patrick was president of the Federation of Swiss Architects from 2005-2007 and was awarded the Meret Oppenheim Prize in 2011. He manages the dl-c architecture studio in Geneva.